Issue: May a unit owner make an assessment payment “under protest” and reserve the right to recover the payment from the association at a later time?

In a decision dated February 13, 2019, the Pennsylvania Commonwealth Court addressed this issue in the case of Dobson Park Mgmt., LLC v. Prop. Mgmt. Dobson had purchased a condominium unit at a sheriff’s sale and then contracted to sell the unit to a third party. Prior to closing, Dobson requested a resale certificate that listed $4,011.98 owed representing unpaid common expenses, late fees, special assessments and a charge in the amount of $2,251.98 for “emergency services.”

Dobson was not able to resolve the outstanding charges with the association prior to the scheduled closing. As a result, Dobson paid the sums owed along with a letter stating that Dobson was making the payment “under protest and dispute and without prejudice.” Shortly thereafter, Dobson filed a complaint with the court of common pleas seeking a declaratory judgment in its favor in the amount of $3,483.983 plus attorney fees and costs. The trial court granted summary judgment in favor of Dobson and also awarded attorneys’ fees totaling $6,435.00.

On appeal, the Pennsylvania Commonwealth Court ruled that a protest letter with a notice of intent to reclaim was insufficient to maintain a cause of action for the return of funds paid from one party to another. The appellate court further stated that the law was well-established that a plaintiff cannot recover monies voluntarily paid.

Specifically, it was noted that Dobson had not alleged any coercion and elected to pay the funds in order to enable the closing of its sale to a third party, from which Dobson benefitted. The appellate court reasoned that Dobson had received a benefit from having paid the funds and did not have to make payment prior to closing. Instead, Dobson could have postponed the closing to address the legal issues regarding the outstanding charges.

Ultimately, the Commonwealth Court reversed the lower court and also ruled that Dobson was not entitled to an award of attorneys’ fee because it was no longer the prevailing party.

Take away: A party cannot make a voluntary assessment payment “under protest” and then attempt to recover that payment from an association at a later time.

If you have any questions about this case, please contact Eric J. Phillips, Esquire. 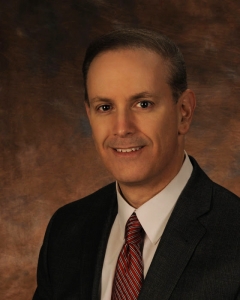 Eric J. Phillips is the Chair of Community Associations Practice Group. Eric is an experienced advisor and accomplished litigator who provides practical guidance and creative solutions to community associations.