Larry is admitted to the State Bar of Michigan, the U.S. District Courts for the Eastern and Western Districts of Michigan and the Northern District of Ohio, and the U.S. Court of Appeals for the Sixth Circuit.

Larry served on the State Bar of Michigan Board of Commissioners from 1982-1984; and as the Young Lawyers Section Chairperson for 1982-1983.  Larry served in the American Bar Association House of Delegates from 1980-1984, and as the District Representative, Executive Council, Young Lawyers Division for 1979-1980.  He also served the legal community as; Chairperson of the Continuing Legal Education Board from 1981 – 1983.

Larry is also a Michigan State Bar Foundation, Sustaining Fellow, from 1984 through the present, and a recognized Michigan Super Lawyer, 2020 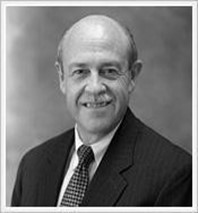